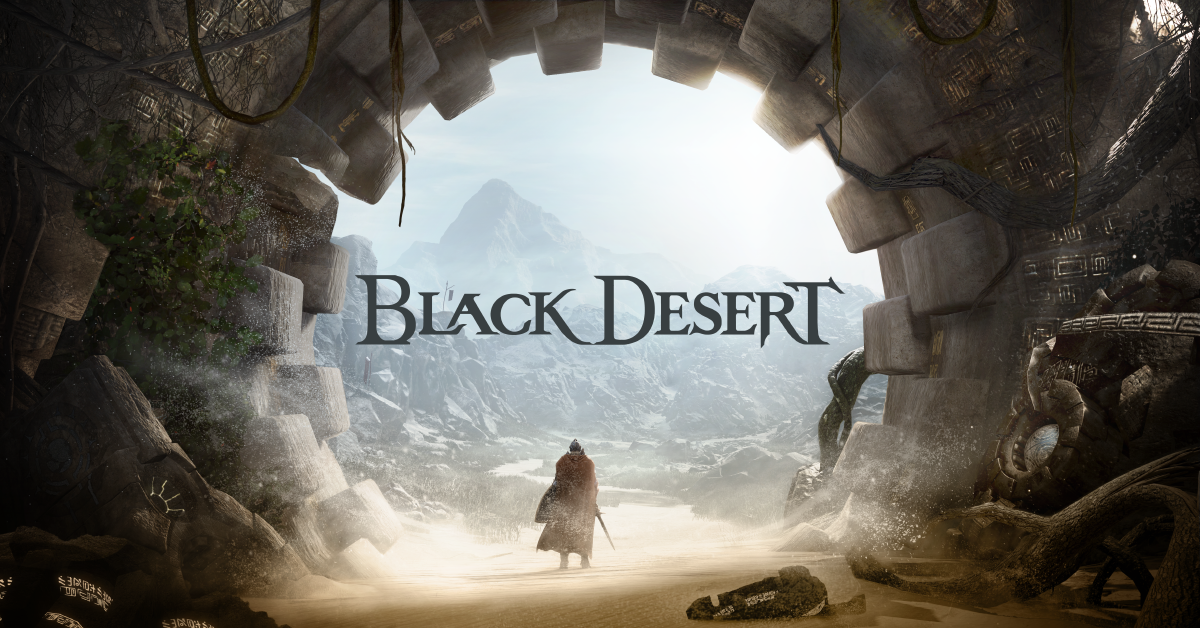 Black Desert Online (BDO) is one of those games that has always stumped me. Without the holy trinity and a recognisable healer shouting at me, I have been wandering around lost for several months – well perhaps several years is more accurate.

Someone once told me that I needed to find my own pace in the game but this has eluded me. My only interaction with the game has been making a new character and then levelling them until they get their awakened weapons and then stopping. I had learned that I did need to play a class with an active heal. What I meant by this is something that I can cast rather than having to rely on life leeching.

But even with these classes identified (Witch, Shai, Archer, Wizard, Valkyrie) I still fumbled around getting nowhere and doing nothing. I went from being a Shai main to an Archer main, to a crafter to whatever the new class was! I needed to get my head around it all, so I stopped playing the game, apart from logging on for my daily items and rolling the acquired dice. I needed to have a think and, find my own pace!

I’m not a grinder

BDO is definitely a grinding game. In order to reach the high levels and excel at the game, you needed to grind, long and hard. Although I can be very motivated and work towards goals very effectively and efficiently, I need to want the end product. If I don’t want it, then it doesn’t happen.

With this in mind, I started to look at what the game had to offer and what aspects I wanted. I watched a number of videos saying what to do in BDO after you had attained the ‘max’ level. Some of these intrigued and motivated me, but I needed to have a plan. And, with this in mind, I sat down and started to think about what I wanted to achieve.

That was when I confirmed to myself that I would not be engaging with PvP or seige or even competing for the top grinding spots. My motivation was going to exist in a different direction

With new instruments coming soon, I definitely wanted to keep my two Shais, don’t ask why I have two! I definitely wanted to continue the crafting skills, make my own crafting clothes and get to the point that I was reasonably self-sufficient! Then my dream role in the boss fights around the world. To sit, as a Shai and tinkle on my piano! It’s not about the fight, it’s about the entertainment.

I never realised until recently that you could train and breed horses! I’ve seen people riding around on fiery horses and even horses with wings! The thought of breeding horses really appeals to me, and who better to do it than my Tamer! (see the connection?).

I’ve always enjoyed the Tamer with her pet and bo-staff but have never been able to level her effectively. So it seemed appropriate to give her a job that her name would suggest she would be suitable to do. Breeding horses for all my characters would be an achievement. I am just a bit disappointed that donkeys can’t be bred to have wings!

I want to also have a wagon, but I’m not sure how that works – yet!

The Archer has been one of my favourite classes to level. It took me ages to work out their heal and must admit that I would never have been able to use it if it wasn’t for the brilliant discord! Being at range and killing things at a distance appeals to me and coupled with his excellent mobility, I have enjoyed the class. Being an Archer reminds me of the rangers. It was because of this that I decided that my Archer would become my hunter and fisher. He seems well suited to both jobs and I like the idea of him seeking and killing all the different types of animals across the world. That would be a great achievement and he would also support my crafters to become self-sufficient.

Archers also have some create outfits, and it was outfits that made me decide on the next class and their role!

I’ve always wanted to sail the seven seas in BDO. I’ve started the sailing quests as I call it, but stopped when I needed to get someone to come and support me to kill a sea monster. You might be thinking that I am going to suggest that I play a Corsair merchant who barters around the islands. But this would be far too cliche! I looked at all my classes and came up with the Hashasin! A merchant from the desert regions. It somehow feels appropriate for the class to be a merchant. It reminds me of Sinbad and his golden voyages. I’m sure he will look great in a suitable outfit, sailing the high seas and bartering from port to port.

After watching a video, I realised that there is actually a treehouse in BDO. After travelling far and wide, I actually discovered it and invested contribution points to add it to my houses. I’ve never managed to complete housing in Elder Scrolls Online but really would like to and I thought that I could achieve the same in BDO. And what better to have a Witch that lives in a treehouse! Yes, my faithful witch with her pets will take up residence in the treehouse and work on making a homely place to live. Again, I’m not sure to make the furniture, but I’m sure it can’t be that difficult. Get ready for a guided tour!

And finally, there is one class that really intrigues me but I’ve never been able to progress with. The Valkyrie. I love her huge lance and shield and the fact that she is a support class and apparently not played very often intrigues me. I’m not sure what I will do with her, but she is definitely staying in my stable for the future!

With all this figured out, the next part is the hard part. How do I find time to actually invest in the game and achieve these goals. The method to achieve this at the moment eludes me but I’m going to keep the ideas on the back burner simmering away until the time presents itself.

BDO has still got a lot to offer and I’m looking forward to reaching my new goals and learning more about the game as I progress. Maybe, I will suddenly find a use for all those items that I have collected but never used in my Black Spirit Safe! Apparently, there are some nice things in there!

We have had a few blog posts which have been related to videos from my Twitch channel recently, and believe me there are plenty more to come, but I thought I would give you a change by posting something which you have to read or, if you are listening to the audio version of this post, listen to. When I am playing games online or working at university, I often find myself having to interpret the new ‘lingo’ that people are using and, often trying to use it but getting the pronunciation all incorrect. As I try to engage with the new lingo I was reminded of some sayings which I have heard in the past and which I completely disagree with and even get annoyed about – yes me annoyed! can you imagine that. What are those sayings? Well that is what this waffle is about…

So this week I had a bit of a change of direction with my characters. After leveling a DeathKnight to 60th in preparation for the profession upgrade ready in the next patch I decided to leave my shaman and start to concentrate on my Paladin. I often wonder which sort of class I play the…

Yesterday I started to work a newly created paladin (level 90th) through the quests in the Warlord beta in order to get yet another character to 92nd. However there appears to be a new option for handing in quests… Related posts: Images from the Beta. Beta journey snaps continue! Leveling Discipline in Beta Warlords Take…

After the almost fatal combat with the goblins, the party venture ever closer to the mountains the the entrance to the library. However, it appears they are being stalked and, as the canopy blocks more and more light out, darkness falls and red eyes are seen in the darkness flanking the groups. Using his tactical…

Have you seen that advert when the woman is using a Microsoft computer which allows her to draw on it etc. I really like the advert, not because it’s Microsoft – heaven forbid!, but because of the title she gives herself. I sit in a lot of meetings when it comes to that moment when we all have to introduce ourselves and we go round the table. People have so many wonderful and impressive titles and jobs and when it comes to me I just say my name and suffer the resulting silence when people await further mentions of esteem only to be disappointed. When the woman in the Mircosoft advert introduces herself she says, author, travel writer and blogger – what a great job title! – I want it so bad! This week’s waffle is all about being a pedestrian, not blogger, author or travel write, and how perilous it is becoming!

So there I was, quietly chatting to a couple of other streamers when the topic of Dungeons and Dragons came up. Now, I grew up playing this game, way before the internet was even available and I must say I enjoyed each and every game and campaign which I created or played in. Despite all this I think with hindsight, I was a bit keen to announce that I would DM (Dungeon Master) the campaign. Of course, my fellow streamers gladly acknowledged my offer to lead the campaign and so started several long hours both during the day and late into the night until the first session occurred. What happened will probably go down in history – but just in case history missed it, I recorded the whole session and uploaded it to Youtube…