As you might be aware, I do a number of radio shows throughout the week from my internet radio site – The Wilson Waffling Radio Station – catchy name or what! As well as these shows, I also present a show on the university radio station (Radio YSJ) and part of this show involves a competition with my co-presenter, Alex. This week he won, but I really don’t understand how he did it!

A long time ago now, I went down to my mum’s house to find that she had found a kitten/cat up her tree meowing and obviously lost. Because she had a dog already, I agreed to take it in and look after it until the Cats Protection League could take it off my hands. As you can probably imagine, they never did take her away from me, and hopefully Tosca (that was the cat’s name) had a great life with me until sadly she had to be put down due to stomach cancer. (pause for a sad moment and the wiping away of a single tear). One of the new segments on the radio show is when Alex and I decide between two options and then put it to the vote with the listeners via a StrawPoll. The winner gets a point and the person with the least number of points by Easter has to buy the other one an Easter Egg! This week’s ‘This or That’ – that’s what the segment is called – was Dogs or Cats? Alex chose dogs and with myself having the cat option, for which I was pleased, the options went to the vote – and the result was….DOGS WON!!! what! how can this be! I think some of you might have been mislead by your wolf like companions, so here are the reasons why you should have gone cats!

“…but the thought have putting my hand within a plastic bag and picking up something warm and ‘squishy’..”

I hope this might have made you all reconsider your initial vote and realise how much better cats are than dogs 🙂 Of course, you might have your own views and I look forward to hearing/seeing them in the comments below or on Twitter/Facebook. Look out for when this topic gets discussed on the Waffling Wednesday Show on my own radio station where you will be able to contribute via Twitter and Skype (wilsonwaffling).

Although I will never get another cat, its only through writing this that I have remembered the fun times me and Tosca had together and in a strange way, how much I miss her. I hope she is still enjoying the fields in the kitty heaven although being the independent sort, I’m sure she has long since forgotten about me. 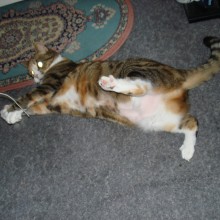 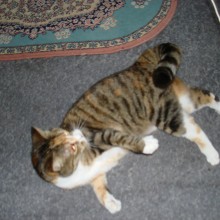 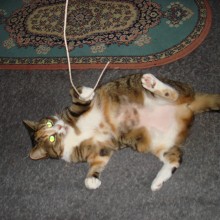 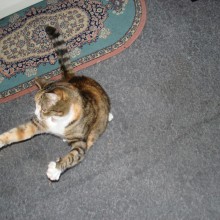