Is Hootsuite really the way forward?

Have you read...
All about my ‘watch’
Keeping people informed
Take a chance on me!
All part of my routine

Okay, I admit it – I like to stay connected with social media. Although initially this might be related to FOMO (Fear of Missing Out) – I like to think that it is because I see the power of social media and really want to tap into its potential.

So, in probably a moment of madness, I splashed out on an annual subscription to Hootsuite to see if it could help me. So here is Hootsuite’s school report – what they are doing well and areas for improvement!

I can’t really fault anything about Hootsuite’s dashboard view. I can see all my streams in one browser window. I have two streams set up, one for my professional life and one for my content creator life. This is actually supporting me with keeping on track since I am not distracted by tweets and comments coming into the other life while I am working in another.

With the paid option, I have been able to add all my social media accounts and it is easy to post to these using the create post option.

As well as adding my own media, which can be alternated if it does not meet the requirement of the platform, you can open a media library and add images or GIFs to your posts.

You also have the option to schedule these to a later date/time or to use the auto-scheduling option – both which work well and which I have used successfully. If you wish, you can also have your schedule posts available as columns on your dashboard.

As well as adding content ad hoc, Hootsuite also provides the option to upload content to be posted via a CSV file. I have used this numerous times after reading and using a template from The Podcast Host. This has allowed me to schedule content for a month which ensure that my accounts have regular posts as well as allowing me to rejuvenate previous content.

The final area which I have used and been impressed with have been the inboxes and analytics. Again, instead of having to go to various different sites to see direct messages and data, I have it all in place which is so much easier

Now, I’m not a business, I’m an amateur but I am really trying to utilise social media to promote my interests. I have paid for this capability but there have been some areas of Hootsuite which I have been disappointed with. Not because of what it provides, but what I can’t do on Hootsuite which I can on other platforms.

Hootsuite - areas you can improve on.

I want to point out straight away, that these are not items which are currently not available on other platforms. I can actually do these actions on platforms such as Tweetdeck. Because of this, rather than having everything in one place, I am finding I am having to migrate back to previously used programs in order to achieve what I wish to do. So Hootsuite – here’s your ‘could be improved’ as part of your school report!

The overview dashboard is good, but you cannot actually add columns which show your new followers or who has liked your tweets. You can add a column which shows you tweets from your new followers and the tweets you have liked – but this is not possible the other way around. I have this set up on TweetDeck and I really miss it. I like to see my new followers mainly to see if I should follow them back, and its always great to see who is liking your posts. This also allows me to get a feeling on what is popular when I post it

It would appear that unless an account is following you, you cannot DM them. Again, I can actually do this on TweetDeck, but the functionality is not available on Hootesuite. Now, I have had a ticket open with the company for the past two days, since they are ‘looking into this’ – so this might be resolved in the future.

But staying with Direct Messaging – while I was sharing the issue I had the support person asked me to DM them a screen shot of what my inbox looked like on other platforms. And this was when I found the next issue with DMing. While using Hootesuite, you cannot attach images to your direct messages. I found it quite ironic that I had to go to another program to actually send the image which Hootsuite asked for, despite it not being possible on their own platform.

When I am creating posts I do find that the software doesn’t find the person I want quickly after typing the ‘@’. It seems to give me a whole load of accounts which I have never followed or even know about. So much so, that I often go back to the Twitter home page, type in what I know might be the handle of the person I want to reply to, and then cut and paste it into Hootsuite.

And, while talking about replying it would appear that there is another issue. While in the dashboard, if you hit the reply button, you cannot then add anyone else into that reply. For example, I might be replying to someone and want to add another colleague to say – have you seen this? or this person might be able to help you. Nope, you can’t do it. You can only reply to the original person and cannot add any more.

I recognise that we are in a difficult time at the moment with remote working being implemented or reduced workers being available. However, I do have an issue with Hootsuite’s customer service.

While in DM about the inbox issue I was passed onto a new person and then, after a lengthy discussion, was told that a support ticket would be opened for me.

Acknowledging this, I thought it would be beneficial to ensure that I wasn’t being stupid by overlooking some functionality of Hootsuite so I added three other support tickets via their website. This morning I received two emails. The first telling me that you could not add an image to a direct message and the second email saying that they were very busy and they would answer my other queries in due time. Interestingly they were all submitted at the same time – guess my first email/support question was the one which tipped them over the edge.

I’ve actually paid for the whole year for Hootsuite, so I am going to continue to use it but I am looking for alternatives. If you know of any then please let me know. I know that Buffer will be able to support my posting and scheduling needs, but I am still looking for a program which enables me to see all my social media in one place – so if you know of one then please let me know!

You never know, Hootsuite might improve before my account is up for renewal. You can guarantee that I have put a ‘to do task’ in Omnifocus to check this at an appropriate time.

Back onto other content for the next blog! Moan over!

Or become a Patron

All about my ‘watch’

Preamble I have come to the conclusion that I am completely mad! As well as taking on the daily blog challenge I have also decided to create and write two different blog posts for my Read more… 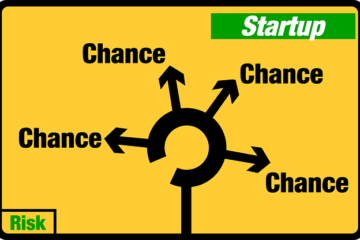 Take a chance on me!

Have you read…Blog every day Challenge: Day 2: ChanceBlog every day in March: RoutineGet the skills rather than RPing!Out at Sea! Preamble Yesterday, I vowed that I would do better with my blog writing and Read more…