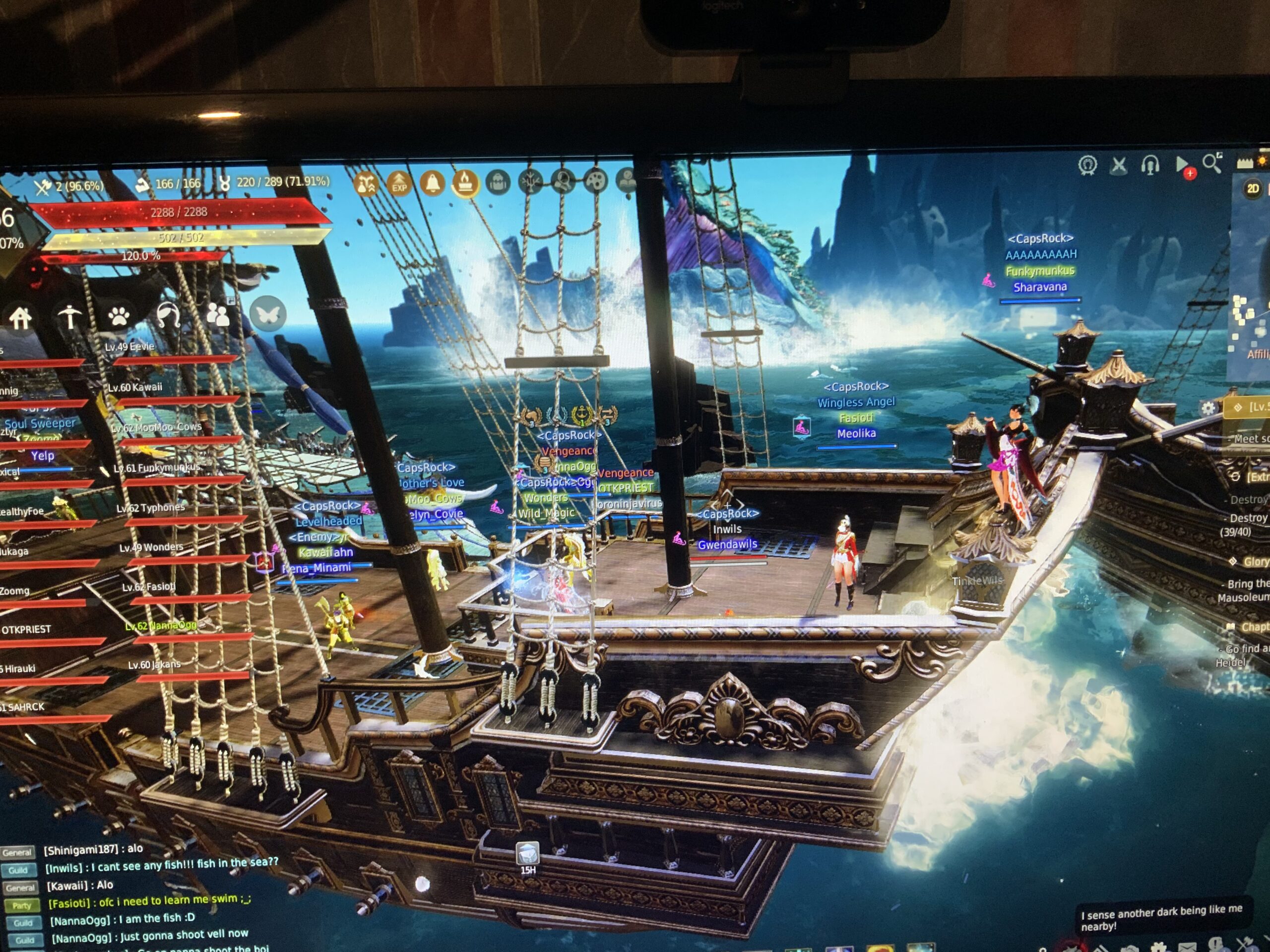 Have you read…
Where it all started!
Time to be sponsored!
Don’t waste your time doing this!
Is Hootsuite really the way forward?

It’s not a secret that I love MMO’s. I am currently running four from Elder Scrolls Online to World of Warcraft. But it is with Black Desert Online that I have recently achieved some success!

Yes, that game that usually completely mystifies me has started to come up trumps!

When I first started to play Black Desert Online, I looked at the classes and got drawn to Valkyrie! With her huge shield and Lancia, she looked so impressive. This, coupled with the fact that she was heralded as a support class really hooked me and I wanted to play one straight away!

However I started to listen too close to other people (one of my many flaws) and I rolled a Musa instead. But as I developed with the game I have started to branch out and play other classes, perfecting the levelling to 56th level and the awakened weapon. Since my first Musa, I have levelled other classes and in a moment of time when I had little to do, I signed onto BDO and started a Valkyrie. Within hours I found myself becoming more accustomed to her skills and actually managed to level her in record time! She now has her Lancia and Shield and is ready to move on. It might be that in the future I will be known as a Valk main!

But there have been other new classes! The Nova appeared on how season servers and I have been levelling her over this holiday season. The cold star has arose once more!

Completely unexpectedly, (without any exchange of money!) I have been invited to join a new guild!

It is a great guild and they have been so supportive of me and my rather unique playing style! I have been introduced to farming, which included me planting crops and then deleting them all!, and even been invited to kill a sea boss!

I really didn’t know what to do at all, but even though I died, I did enjoy it and managed to snap some images. And I didn’t get the elusive heart – whatever that is.

Here are the images!

Preamble I’m back at work after the summer vacation. That means I am trying to resurrect my old routines so expect things to get back to normal. Over the summer I bought a PS4. I often buy a console and then just let it stand in the corner as it becomes a stand for ‘Ting’….

Preamble I’m not sure whether everyone actually got the wordplay in the title for this blog. It’s from the musical Sunset Boulevard. The title of the song is “Just One Look” and tells about how the famous actress could communicate a whole load of feelings with just one look. Well, you might not be aware…

Preamble Being back at work actually means you will get more content. As my time is taken up with more and more activities, I become less likely to lounge around watching Miss Marple. So be prepared for a slight increase in blog posts and videos – oh and streaming! To start the increase off, I…

I know I’m not the most intelligent person around but it would appear that I am also quite naive and almost stupid at times! After buying some essential ‘stuff’ on Amazon, I suddenly found that I had a huge bill to pay! Breaking out in the cold sweat, I quickly checked the contents of my…

The party manage to defeat the attack of the boars only to be faced by a rather big minotaur. Battle ensues and one of the party dies at the bull’s grizzle battle axe. The party also learn the secret of the Sunell Well wish might hold the cure for the Fungal Plague – but what hideous guardians protect it! So I admit it and I made a bit of a mistake with the challenge rating at the end of the last adventure and, because of this, we are replying the end encounter just as the party encounter the harpies! Although this time they manage to defeat them with minimal loss – that’s right, there are some losses! Then it’s onward to the abbey where they encounter some difficult riddles and defeat the dreaded guardians!

Well, the second stream operation and this week we went to Kraggas Palace, followed by the very scary Temple of Sacrifice.
To my horror, when I logged onto, I found that I was required to be main tank! I managed to only die and few times and would you believe tanked it all without wearing a belt…. doh!
The Temple of Sacrifice was less successful – I played ranged DPS and we had some trouble half way through….