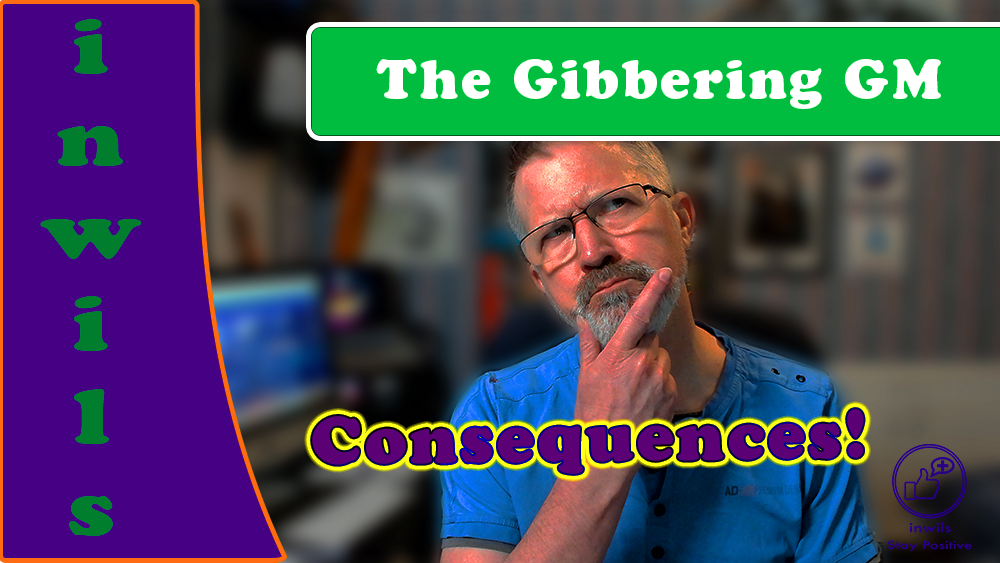 Over the years I have had the experience of a multitude of character generation systems. From the simplistic process of Tunnels and Trolls (does anyone else remember that game!) to the complex nature of Shadowrun 5th Edition.

Each system has its benefits and downfalls, but all allow you to create that unique character with positives and hopefully negatives. But this is when I have to talk about a constant ‘bee in my bonnet’! Many players enjoy creating the ‘perfect character’ and, as they learn more and more about rules, they learn what skills can be lowered and which should not. And, as they enjoy the adventure, again they play in such a way that they justify and prevent anything negative from happening.

In this post/video, I want to talk about something that many players want to avoid – the occurrence of consequences.

From the moment that a player starts their journey within a campaign I want them to realise that all their actions, reactions, choices and decisions have consequences. The campaign worlds that I create are dynamic. They evolve and change as the players interact with them. I used to think that it was a privilege for the players to enter my campaign and that they should play the style that I enjoyed and interact with the world that I created. I now know that this is not the case and that we all have ownership of the world and adventures and that I need to create for the players and their likes. But this does not mean that everything goes their own way. Oh no, far from it!

From character generation to the last adventure in a long campaign, everything that the players decide to do should have consequences. These are not necessarily negative or even punitive. They can be beneficial and positive, but they need to happen.

Every system has them. That characteristic that players consider to be ‘pointless’ to invest points into. Yes there might be some skills that it contributes to, but many players will try to overrule that with effective role-playing – something that I discussed in a previous video!

These ‘throw away’ attributes will have little to no impact on the game and so players realise that if they are not going to help, then reduce them as much as you want! Surely, if these stats are so low they would have to have a consequence, or consequences?

But there is something else that I really dislike in character generation that I consider worse that throw away attributes. It is when there is a range of scores between which there is no modifier. For example, it might be that with Strength there is no modifier between the scores of 7 to 12. In this instance, players go for the seven since even if they put 12 points into strength there would get nothing positive for it and no negative for not going below 7.

I do think there should be consequences for these stats. Within a campaign, there is usually not a great change/variation within the characters. These means that you are probably not going to get the full range of stats. Because of this I like to implement the consequences from the range of stats the players have. So with if the lowest stat score is 7 then that character will be the worse at something because of that stat. And the opposite is also true, so if the highest stat is 12, then that character will be better than the rest of the party. These changes are not written in stone anywhere, I just like to adapt on the fly to reflect that some players have infested points. For example, is the attribute is Agility, I might say that the character who has the highest agility will have to make a skill check at easy, the next at standard, the next at hard and the character with the lowest attribute, at formidable! Am I being too harsh here?

But stats are not the only aspect of the character that I think should have consequences, I think their actions should as well.

I mentioned before that I run a dynamic campaign in which the players contribute to the storyline as much as I do as the GM. Because of this, I hope that the players are aware that everything they do might have a consequence for the rest of the campaign. Do remember that these consequences could be both positive and/or negative. Let me give you an example of both from our campaign.

Bartleby went to the guards drinking tavern to get some information about an adventure. After he bought the guards a drink and was pleasant to them, they started to respect him and Bartleby even has a passion now called -‘Friends of the guards’ – something that has proved very helpful.

Cyrus, in an initial adventure, made fun of a Blue Bird (these are lower members of the Blue Order of sorcerers who carry messages around Lindowe). He told her that she should join a better order! Melanie, the blue bird in question, took Cyrus advice, and left the Blue Order and joined the Red. However, unbeknown to Cyrus, Melanie has significant magical powers and has already over taken Cyrus in their progression through the ranks of the Red Order.

If a player/character wishes to attack the local patrolling guards then I am not going to stop them. Players can always justify they characters actions well. But I am not going to let it go without a consequence. In the same way, if the party saves the town from an evil tyrant, then again there will be positives. This can really and depth to the campaign. I actually need a table to keep up to date with how players/characters are feeling towards certain NPCs. For example, Cyrus dislikes Annalin the alchemist while Bartleby and Hengist get on well with him. These interactions are all part of the campaign’s rich interactions and relationships.

Have you read…
I have a fixation on pets!
Back in 2018!
Finding my own tempo
The Gibbering GM: Character Complexities

I hope this post/video doesn’t come across as being anti-player! Far from it. What I am aiming to achieve is a more in-depth and dynamic campaign. I want the players to feel that they are co-creators of the setting and that when they do something it has the possibility of sending ripples of either positive or negative consequences across the world. Choices players make need to be reflected somewhere, otherwise, those choices are based on nothing apart from making their character stronger or less weak.

Next time you are making a character up or you take an action in a campaign, think about the consequences. The myriad of options and pathways that could branch out from that point. Then let your imagination go and co-create your world with your players allowing them, by their own actions, to create the world that they are playing in.

So Carrot the mage has left now the party has a physical adept who has an allergy to seafood as a negative quality! Organised by the four wheeler gang they made their way into the Translocation Warehouse, armed with ‘stick and shock’ round and multiple taser in order to do some damage – what happens? well its all in the video! 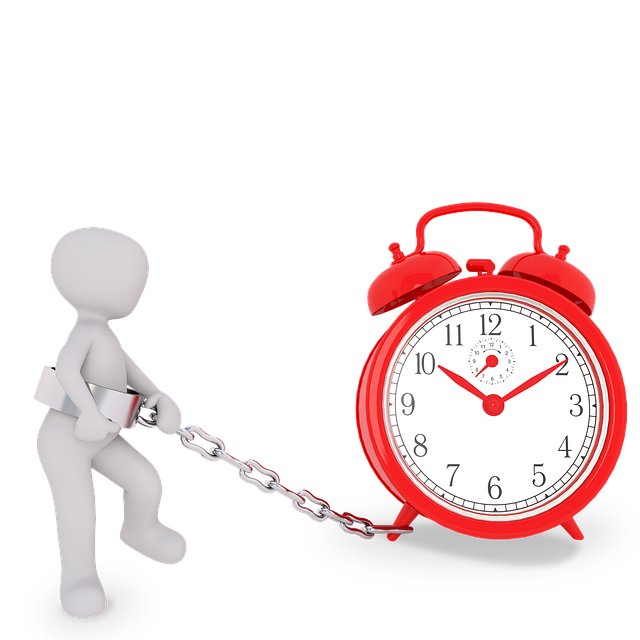 Preamble I’m not sure why I do this to myself. There I was flicking through my Twitter feed, engaging with tweets when I see a post for a blogging challenge! These are the two words that actually motivate me into action.  So, I quickly signed up and decided to give it a go! The first…

Over the pass few days I have been busy leveling a discipline priest on the Beta servers for Warlords of Draenor. The concept behind the discipline priest is a good one and after leveling and healing with a paladin it seemed a reasonable progression to move onto providing shields directly rather than the indirect absorption…

This week in Call of Cthulhu… The investigators escape from the house of the spooky statues and decomposing bodies and run to the final lead in the mystery – Colonel Hollingsworth! After having to break and entry into the Colonel’s estate the investigators come face to face with what the colonel has been hiding all…

Friday night’s stream is when I try to improve my first person shooter games and this week it was Destiny! Playing on the XBoxOne, I abandoned my Warlock and started to play a Titan – as you can see from this video – I still have to perfect the skill of throwing a grenade!

Preamble I remember the first time I got the Basic D&D rules. That red box that had the Caves of Chaos module in it accompanied by a handful of plastic dice. It wasn’t long before the book was nearly falling to pieces and I have to hole punch it and put it in an A4…